As Artificial Intelligence becomes more popular, various beneficial implementations in different sectors come into mind. Artificial Intelligence is a computer that has capable of performing tasks mimicking a human efficiently. Inspired by all the positives AI brings up, New York City released a 116-page strategic vision for how it plans to benefit from artificial intelligence as a community but only does so ethically and responsibly. 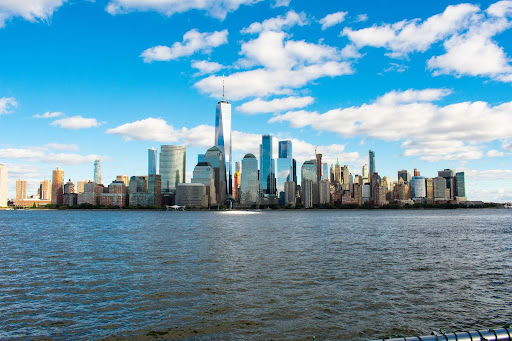 As Artificial Intelligence becomes more popular, various beneficial implementations in different sectors come into mind. Artificial Intelligence is a computer that has capable of performing tasks mimicking a human efficiently. Inspired by all the positives AI brings up, New York City released a 116-page strategic vision for how it plans to benefit from artificial intelligence as a community but only does so ethically and responsibly. (Also read this summary of World Health Organization's strategy for ethical AI).

The Chief Technology Officer of the NYC Mayor’s Office released the New York City Artificial Intelligence Strategy yesterday. This is one of the world’s fast-evolving technologies ever planned.  It is the latest mission to make New York City future-ready. City Chief Technology Officer, John Paul Farmer stated, “As a global epicenter of innovation, New York City has a key role to play in shaping the future of AI”. AI must be both productive and fair, and that’s why we are sending a clear message: In the age of AI, digital rights are human rights.” in an interview with Government Technology.

The 116-page document prominently reports the features of the city’s planned approach toward supporting AI, and it also serves as a reminder of how AI works.  There is a common fear that AI is a threat to the world due to several sci-fi films all around the globe. Practically speaking, since we have not reached a level where we can create general AI’s with true intelligence, this conversation remains moot.  The main hope of the document is to use AI in an ethical human environment. AI and machine learning can be transformed into an enormously productive tool for daily life.

There are five main parts to this document. These sections contain details on how to use AI to modernize the city’s data infrastructure where the positive potential of AI completely overshadows any negative impact. The document discusses the ways the city can use AI internally to better serve residents. AI is an essential part of assisting and ensuring the digital rights of New Yorkers are protected within the AI ecosystem.

A good chunk of this document discusses how AI should be used in the future, it also touches bases on how AI is being used in the city already. Neal Parikh, NYC's director of artificial intelligence, stated that the New York City Cyber Command uses AI in its work around cybersecurity, along with the citywide administrative body that manages energy consumption.

The Pentagon has readily given assurance that the AI built by Google and Clarifai have not been created for offensive purposes. AI has reached such a level where it has its own set of ethical principles. It is slowly realizing the needs of the industries. The belief of many policymakers is that these principles aren’t likely to hold any more influence than compared with the policies of big corporations. Especially, because the Pentagon is motivated to beat or at least keep pace with China, Russia, and other international rivals. To ease tensions, there are been requests regarding canceling the automation of weapons. How does one quell the fears of the public? This is where regulating the ethics of AI comes into play.

The Clarifai employees (who are responsible for working with New York City to create AI) said in an open letter to Matthew Zeiler (founder)that they were hesitant regarding the regulations ethical questions swirling around A.I. technology, arguing that the direct responsibility was with the company itself.

They also exclaimed that Regulation slows progress and the needs of our species progress take utmost importance in order to survive the threats that are faced daily. They also felt that they themselves needed to be ethical in order to be trusted to build the technology on their own. They believe that they owe it to the public to define their ethics very clearly. The letter, unfortunately, did not have the desired effect as Mathew Zeiler stated of his company that they would be most likely be contributing to building automated weapons. Researchers and activists fiercely believe that employees can be drivers of changes within these companies as AI should only be developed to assist humans not to harm. Many believe that regulation is necessary so that AI can never be used in a negative manner.

Want to learn more about how other organizations are using AI?

NATO has developed a plan for AI

World Health Organization has recently made ethical guidelines to AI

AI is also being utilized by corporate law