This Month in AI and NLP: Who Owns Bruce Willis? Deepfakes, Digital Rights, and AI

What happened in NLP and AI news in October? Read all about Bruce Willis deepfakes, digital right dilemmas, and more. 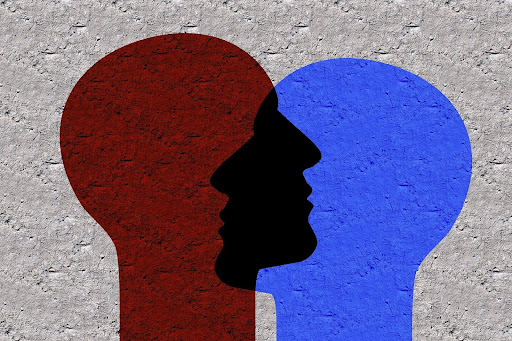 Every month, we gather the news in the ever-evolving world of AI and NLP. This month saw some growing concerns around deepfakes, digital rights, and AI’s rapid developments. Let’s look at October’s highlights.

In September, Bruce Willis “appeared” in an ad where he was tied to a bomb on the back of a yacht, saying "Mississippi" in a Russian accent.

This was misreported as having been the result of the actor selling his performance rights. In reality, the company who made the ad had struck a deal that allowed them to to map a digital version of his appearance onto another actor in a commercial.

This is raising the question of “who owns Bruce Willis?" It’s also sparking a much wider debate around how AI, contracts, and rights are coming together. At the moment, people have the right to limit unauthorized appropriation of their identities, but the details are complex (and often misleading). For example, here are some nuances to consider:

People are also concerned that with AI advancing at the speed it is, soon it won’t even need Bruce Willis to emulate his likeness, mannerisms, and tone. This means that people will need to be able to protect their digital rights stringently so that they don’t end up placed in roles they did not expect.

AI and the Market

Deloitte released their fifth State of AI in the Enterprise report. Some key findings include:

There’s a lot of hype around AI right now. But it’s quickly becoming clear that AI’s impact on companies is here to stay.

Before long, every company will leverage AI in some capacity. And the companies that are adopting it fast are rising to the top. Quality data is the key to unlocking AI’s full potential. So these AI developments coming alongside a movement towards automated data labeling—as well as being in the face of an undoubtedly harsh climate—could catalyze adoption of AI in a big way.

AlphaTensor revealed on October 5th that its AI software, DeepMind, had beaten a record that had stood for more than 50 years for the matrix multiplication problem. This is a common calculation in software where grids of numbers are multiplied by each other.

This has the potential for a far-reaching impact, too. Matrix calculation is a fundamental calculation used in everyday computer tasks ranging from generating images on your phone to running weather simulations. AlphaTensor claimed the algorithm had the potential to improve efficiency for the calculation by 10-20% across trillions of calculations per day.

Just a week after AlphaTensor beat the record, though, a pair of researchers found a more efficient way to multiply grids of numbers.

Generative AI is (Still) Taking the World by Storm

Generative AI is making a huge impact the world over. Here are a couple of the bigger developments from October:

A Crunchbase examination of 14 autonomous tech companies that have gone public in the past couple of years found that their market valuations have plunged by 81% on average from the time they became publicly listed.

When this is taken with the many public cases of self-driving incidents and rollbacks, many are now saying that winter is coming for self-driving technology. The feeling, though, is that even if this is the case it will eventually thaw out and it’s a matter of keeping an eye on how that happens.

AI news is moving fast and it’s fascinating (and important) to keep an eye on the way things are evolving. Conversations and debates around AI and ethics continue to develop, and we’re excited to keep the conversation going.

Try a custom demo if you’d like to learn more about how AI could transform your business.